India, the second-biggest internet market and one of the biggest economies in the world, was one of the earlier countries that initiated a pilot program for their wholesale central bank digital currency (CBDC), dubbed the digital rupee. However, it seems that the initiative taken by the government was not impressive enough for Indian bankers.

According to a report from Reuters, the central bank-sponsored digital rupee has failed to impress bankers after the wholesale version was put to test on Nov. 1. The government confirmed that the retail version was coming soon as well.

Interestingly, bankers have pointed out that the digital rupee is only adding to their paperwork and there are no significant upsides of using the CBCD.

“There is no advantage over internet-based transactions and the lack of netting is actually a big drawback,” said an executive at a private bank which had used the wholesale CBDC during its testing phase.

Interestingly, the bankers believe that the real benefit of the CBDC will be in the retail and consumer sector which is heavily dominated by the Unified Payments Interface (UPI), which is a real-time payment system developed by National Payments Corporation of India.

According to the bankers, the wholesale CBDC released by the Reserve Bank of India (RBI) was almost same as the current payment system that the officials use for transactions. Interestingly, the central bank of the country stated that the e-rupee is basically as a digital alternative to cash which makes use of blockchain distributed-ledger technology. Therefore, the e-rupee is to some degree, anonymous.

Meanwhile the bankers also pointed out that the payments made via the new CBDC were to be individually settled while the transactions involving the current system are simply netted off then settled in bulk with the clearing corporation. Moreover, the new system does not completely replace the old system and therefore, banks’ accounting work increases.

“At the moment it is more inefficient, because the trade volumes continue to be low on this, which means we have to manage cash as well and it results in more paperwork and additional labour,” said a senior executive at a state-owned bank.

The report added that the bankers were initially enthusiastic but now, not so much. It is unclear if the financial institutions will still want to use the CBDC to settle transactions. It was also confirmed that on Thursday, “bonds worth 2.1 billion rupees ($26 million) were traded using the e-rupee, compared with up to 5 billion to 6 billion rupees a day in the first two weeks.”

By Parth Dubey 7 minutes ago

By Lawrence Woriji 13 hours ago 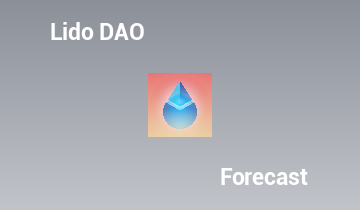