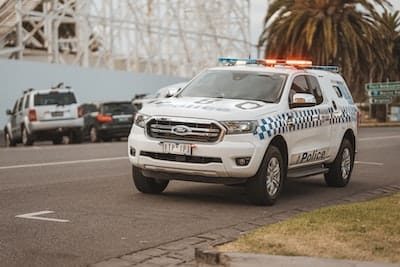 The rate of crime perpetrated through the use of cryptocurrency in Australia has skyrocketed in the past few years, according to the local police report. As a result, the Australian Federal Police (AFP) has set up a new cryptocurrency unit to deal with these emerging crimes. Notably, the AFP cryptocurrency unit will target money laundering as more criminals seek to bypass the financial system and funnel money offshore, a local media outlet reported.

Furthermore, the AFP has announced that it has reached its 2024 goal of confiscating $600 million from crime proceeds.

Stefan Jerga, who heads the new unit, said the use of crypto in crime had increased significantly in recent years, and now requires a standalone team. On the other hand, AFP Commissioner Reece Kershaw said the amount of cryptocurrency seized from crime proceeds is relatively small to what intelligence reports on the industry.

The new cryptocurrency unit will ostensibly focus on all types of crimes bolstered by the digital asset market, including child protection.

“It’s targeting assets, but it’s also providing that valuable, investigative tracing capability and lens for all of our commands across all of our businesses, whether they’re national security-related, child protection, cyber – or the ability to trace cryptocurrency transactions across the relevant blockchains is important,” Jerga said.

Closer Look at Australia and the Cryptocurrency Market

“In one shocking instance, we are aware of a consumer who lost more than $650,000 due to one of these scams being falsely advertised as an investment opportunity on Facebook. This is disgraceful,” ACCC Chair Rod Sims previously said.

While the country is keen to adopt the blockchain and the cryptocurrency industry as a means of attracting global investors, the AFP has announced there is no space for scammers.

Nevertheless, the AFP cryptocurrency unit should expect major headwinds with the increased use of crypto mixers. Additionally, there are privacy-oriented coins like Monero that recently phrased its network to enhance system security.

Otherwise, the Bitcoin network will not be as direct as it is now with the Taproot upgrade at work. Remember, the Bitcoin Taproop upgrade helps the network scramble transactions with single and multiple signatures together. Thereby, making it more difficult to identify transaction inputs on Bitcoin’s blockchain.

Consequently, the AFP cryptocurrency unit may have to rely on the crypto exchanges to identify scammers as they fetch liquidity for their tokens.