The Society for Worldwide Interbank Financial Telecommunication (SWIFT), a renowned messaging network that financial institutions use for safe transmission of information and instructions, is reportedly using Blockchain technology in its pilot project.

According to a recent report by Bloomberg, the financial messaging company is working with fintech company Symbiont Inc to drive efficiencies in the transmission of corporate events-related information like dividend payments and mergers data.

Tom Zschach, the Chief Innovation Officer at SWIFT, commented on the use of blockchain and its partnership:

“By bringing Symbiont’s Assembly and smart contracts together with SWIFT’s extensive network, we’re able to automatically harmonize data from multiple sources of a corporate action event.”

According to the report, the pilot program will primarily focus on data tracking and transparency to identify any discrepancies.

The pilot is currently in the development phase, and in September it will be tested and provided feedback by a select group of participants. If it is a success, SWIFT will expand it to include more corporate events and consider making it available to the broader SWIFT community.

Notably, SWIFT revealed ambitions to enter the asset tokenization market in December last year. According to the company’s estimates, this industry would grow to more than $24 trillion by 2027. Banks and securities companies are adapting to the most recent trend as the tokenization of illiquid assets such as bonds, stocks, commodities, and real estate is becoming more and more popular. SWIFT wants to use fractionalization to increase accessibility and liquidity.

The financial messaging system announced in May that it was collaborating on CBDC interoperability with the French IT services and consulting firm Capgemini. The project’s goal is to use digital currency to facilitate “frictionless” global trade. SWIFT sought to address three use cases through this pilot project: CBDC to CBDC, fiat to CBDC, and CBDC to fiat. Additionally, the company is also studying the interoperability between digital agencies and currencies.

“SWIFT plans a series of experiments in Q1 2022 leveraging its trusted role as a central platform to explore the issuance, delivery versus payment (DVP) and redemption processes to support a frictionless and seamless tokenized asset market.”

Notably, Belgium-headquartered SWIFT is a member-owned cooperative that offers inter-bank money transfers both domestically and internationally. It connects more than 11,000 banking and securities institutions, market infrastructures, and corporate clients in more than 200 nations and territories.

FTX US Moves HQ To Miami As New President Joins

By Parth Dubey 14 minutes ago

By Susan Keith 15 hours ago 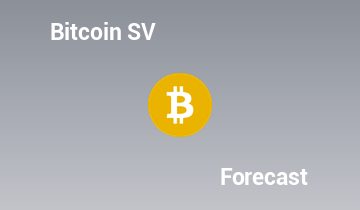