Bitcoin, the world’s biggest cryptocurrency, has finally broken above the $20,000 price action after weeks of bearish movement, and it seems that the predictions of many crypto analysts are coming to fruition as the trading volume of the leading crypto coin has also jumped considerably in the last 24 hours. Additionally, due to this unexpected move, liquidations in the crypto market knew no bounds.

According to the data from Coinglass, the cumulative liquidation in the crypto space amounted to around $808 million at the time of writing, owing to the sudden volatility that has been instilled in the crypto space and it seems that investors might see additional price jumps in the near future as well. In the last 12 hours alone, the liquidation amount was $765.3 million.

This sudden price surge was caused by a significant change in the trading volume, as per the data from Bitnation. Bitnation expect’s BTC to reach a maximum price of $36,479.67 by the end of 2022 or a minimum price of $24,319.78 by the same period.

According to a crypto analyst Ian Dyer, the volume of the crypto space has risen which means that are considerable chances of another upside in the near future.

“Finally enough volume to push the price in one direction after weeks of super low volatility. Shorts piled up and created a very one-sided market. That never ends well for the “consensus” side,”

Interestingly, as per another report from Bitnation, the current rally was first called by crypto analyst Michaël van de Poppe who is also the founder and CEO of trading firm Eight. The executive stated that in the next two-three weeks, Bitcoin will be trading above the $30,000 price level which would mean that the price of the leading currency would be slightly more than 50% off from its all-time high of $69K.

Furthermore, as per “The Week On-Chain” weekly newsletter released by Glassnode, a blockchain and crypto analytics firm, those wallets that have been holding Bitcoin for a very long time have not budged from their bullish perspective on BTC. There were many wallets that transferred their BTC to private storages while some haven’t moved their BTC ever since the bear market set in.

“Despite being small in relative number, the conviction of Bitcoins die-hard believers is unshaken, and their balance continues to grow, through thick and thin,”

FTX Subsidiary LedgerX Is Up For Sale: Report 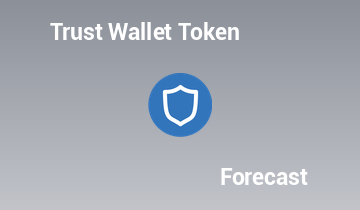